Ferraro’s Market is celebrating two anniversaries:
70 years in business, and one year
in its new North Haven location. 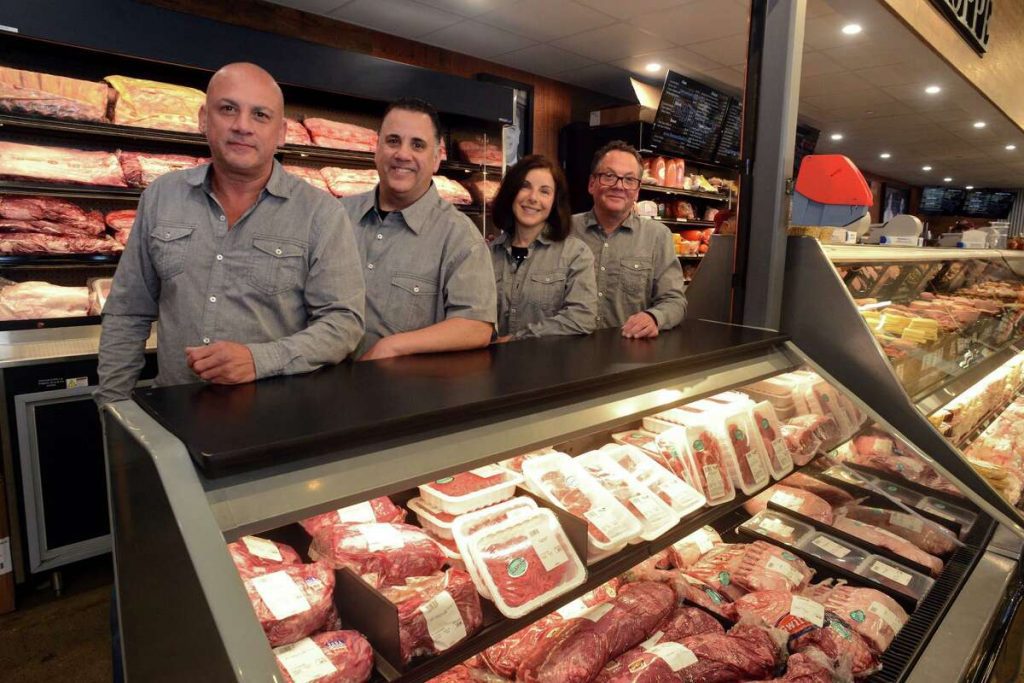 What’s kept the meat-focused market running through the decades? As co-owner Peter Ferraro put it, “we have a very unique family.”

“Family” is what drives him to keep the business alive, he said. His father, Sal Ferraro, launched the business under the name Mohawk Market in early 1952.

“My father and mother had four boys, and all of us grew up in the store,” Peter Ferraro said.

Sal Ferraro Jr., the eldest of the brothers, presided over the business until 2010, when he died at 49. Then his younger brothers — Peter, John and Mark — stepped in to run the show.

The family gets along well, Peter Ferraro said. “We’re always together,” he said.

Christmas means a 40-person sit-down dinner, and it is rare to have fewer than 30 family members gather for an Easter meal, Ferraro said, adding that there are 55 first cousins in his generation.

When it comes to the family business, the kinship transcends blood relations.

“Employees just don’t leave. They become family. It’s amazing, and I see it in everyone that comes on here,” store manager Al Lauro said when asked why he has stuck around for so long.

Lauro has worked for Ferraro’s for more than 15 years, he said. Other employees have stayed for as long as 30.

“You go to parties together,” Lauro said. “It’s a family atmosphere.”

“They’re the best people I ever worked for,” he said of the Ferraros. “I never have any intentions of leaving.”

Customers visiting the North Haven store sometimes remark that they remember seeing Gibson when their parents brought them to the New Haven store as kids, he said.

“‘You’re still here?’” they ask, according to Gibson. “‘You were at the other store and I was just a kid.’”

While many of the faces at Ferraro’s have stayed the same, some aspects of the business have changed.

What started as a meat market on State Street in New Haven became a longtime staple of the Wooster Square neighborhood after moving to Grand Avenue.

But in late 2020, news hit that Ferraro’s would relocate to a smaller storefront in North Haven on Universal Drive North.

Over the years, the family received offers to relocate the market to six or eight different towns, according to Peter Ferraro.

“We really never even thought about it until … about a year-and-a-half ago,” he said, adding that North Haven First Selectman Michael Freda convinced them to make the move.

One reason the family chose the spot on Universal Drive was its proximity to Target, which helps draw traffic, Peter Ferraro said.

The family also was ready to downsize the store. At 6,400 square feet, the new Ferraro’s location is less than half the size of the former one, making it easier to manage, according to Ferraro.

While the business tries to continue to offer bargains like those it did in New Haven, Ferraro said, rising costs make that challenging.

It can be difficult to explain to customers why the market cannot always offer the old prices, said Lauro. But the business’ overhead costs are higher than they were when Ferraro’s was on Grand Avenue, he said.

The increase is not necessarily specific to being in North Haven, Peter Ferraro said, attributing it instead to factors such as rising costs for food and insurance.

“Everything is up across the board,” he said.

Still, the business tries to sustain itself by drawing a high volume of customers instead of counting on large profit margins from individual products, according to Ferraro.

That means keeping prices low, he said. If prices were as high as at other stores, people would have no reason to travel to Ferraro’s, he said.

With its smaller space, the North Haven market offers the same meat products as before but has cut back on the grocery selection, Ferraro said. For convenience, he said, they try to stock one brand of every grocery essential.

The family opened the North Haven location in spring 2021. Next month, the market will offer anniversary specials.

Overall, the transition has gone well, according to Ferraro.

The family passed 70 years in business early this year, he said.